Source: Provided by the City of Kinshasa

Source: Provided by the City of Kinshasa

The map component is not supported in your browser, for best user experience please use Google Chrome.

“I was tested positive in 1999, my husband had infected me, yet people accused me of being a prostitute. After he died I ended up taking care of the children by myself. A little later I got AIDS.

At the time ARVs were very expensive. My family members emptied their wallets for me and paid thousands of dollars to keep me alive, until they had nothing left. I stopped taking pills for 3 months. I looked into the eyes of death. I feared for my children. Who was going to take care of them? Things got worse.

When a pharmacist introduced me to a clinic that distributed free drugs at one of their centers, somehow hope returned. This was in 2000. They helped me and put me on drugs. These women took care of me, told me not to lose faith, and to stand up for myself. It was then that I decided to become like them. I was going to help others. And I was not going to be silenced, like so many HIV+ women.” 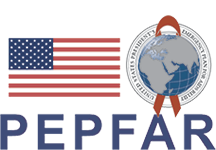